The democratisation of publishing.

After graduating I started my career in a research unit within a government bureaucracy. My very first task was to undertake qualitative research—a series of interviews with 20 industry participants—and distill the findings and formulate recommendations for action.

In six weeks I had finished the document. I had gathered a lot of information, undertaken analysis, and wrote a report that I thought was both readable, rich in intel and hopefully actionable.

I asked my supervisor what was to be done with the report? I’ll never forget his answer: ‘put it in the filing cabinet’. To say I was disillusioned was an understatement. In the filing cabinet it stayed for at least the several years I worked there, periodically revisited only by its melancholy author. These visits were like laying flowers at the grave of a young friend.

What motivated me to start a publishing company?

The seed of my publishing company was planted the same day I buried my report in that filing cabinet. My research and my ideas had no voice. In modern parlance I had been ‘de-platformed’.

Yaroshinskaya was reduced to distributing copies of her article to her friends. In the era of glasnost, she had no choice but to return to samizdat—the practice, perfected by Soviet dissidents of the previous era, of copying prohibited texts on private typewriters and circulating copies among friends and acquaintances.

Yaroshinskava’s text told of the Soviet authorities bungled response to one of the world’s greatest ecological disasters. De-platformed, she laboriously retyped her text—I hope she had access to carbon paper. In this light it’s encouraging to think that today anyone can find voice online or in print. Publishing has been democratised. Democratisation means making something accessible to everyone— anyone can get published. Whether it’s those with theories, ideas or stories, everyone gets to have a voice.

Decades later my staff, associates and I run a busy, growing publishing company. We are capable of taking any content, shaping it, displaying it and distributing it to its intended readership.

Book publishing has It’s returned to where it all started

For much of the 20th century the publishing industry was hierarchical, multi-layered and dominated by large publishing juggernauts. There were writers, editors, agents, brokers, designers, printers, promoters, sellers and resellers, wholesalers, retailers, and a labyrinth of other roles—too many to mention.

Today that complex hierarchy remains. It’s more concentrated than ever with as few as four big consortiums controlling most of the global market.

But the good news is, as always: new technology has disrupted the industry. Today new players can quickly get traction and participate in publishing.

The invention of the printing press is known as one of the greatest inventions to shape modern civilisation. In 1444, Johannes Gutenberg devised movable metal type. He was the world’s first self-publisher of significance. There was little hierarchy and little industrial and institutional distance between Guttenberg and his readers.

The gap between content creator and reader has flattened yet again.

Today digital print-on-demand, drop shipping, and online marketing has smashed barriers to entry into the publishing industry. This means the ever-popular and influential print book can be easily produced and delivered into the hands of readers. And then there’s the beautiful and revolutionary eBook.

Never before has publishing been in such a state of flux. Right now there’s so much opportunity for creators of quality content to strengthen their voice.

Self-publishing is as old as the printing press

This year one of our authors rang concerned that announcement of the release her new book in social media was criticised by quite a few people.

They said self-publishing was ‘selling out’, And ‘my literary agent and I are still in negotiations with Picador’. The sanctimony increased with ‘my editor has pleaded with me to pitch the book to her agent friend in New York, she said “its got to be one of the best books of the last decade” ‘.

The thing is this: not one of these critics had ever been published in any form, all attended ‘expert’ writing groups, all were well advanced into their seventies, having written on average 5 manuscripts over the last 10 years.

I have little doubt unpublished they will remain.

I’ve been in publishing for almost 30 years and have managed the production of over 1,000 titles. All of these were self-published. All of these were brought to market by authors with a burning drive to reach the eyes of readers.

Guttenberg – a political exile – built the first modern printing press to self-publish The Bible and political pamphlets. Similarly a few years later Claxton published works for the monarchy – this was in-house self-publishing. Schoffer self-published his The Book of Psalms.

In these cases whoever owned the printing press was also the author and publisher.

No hierarchical publishing industry structure there.

Every writer wants their creative work to be read. High levels of literacy, the freedom (in many countries) to voice ideas – even controversial ideas, technology e.g. print on demand and online distribution systems has democratized publishing. And that’s got to be a good thing.

No more big publishing companies, whose only goal seems to be returning value to shareholders – totally controlling the interests of content creators.

We’ve still got a long way to go. But I say an emphatic ‘viva self-publishing’!

How important is it to get print parameters right?

Here’s a succinct warning. It’s as blunt as i can possibly be (and yes Green Hill staff tell me I can be quite blunt).

Get your print parameters wrong and you are sure to fail in self-publishing.

I hear many say… but isn’t it about the message, the literary merit of the writing, the depth of my research, the strength of my book concept, the size of the market or the currency of the issue etc.? 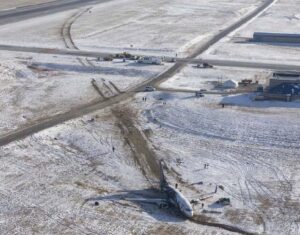 You can break laws but you need to get expert advice!

Just like the law of gravity you can get lift-off if you have an expensive plane and plenty of fuel. You can sell a book no matter how expensive, if you have something extra. But conventional wisdom says the dictates of economics need to be applied if you want your book to be widely distributed, e.g. through the book trade; widely read and financially successful.

Let me explain it like this. One of our authors had a perfectly marketable book but insisted on the interior (with photographs) be printed in colour. The book was so expensive it couldn’t get lift-off. That book just didn’t have enough to break through the gravitational price point at market.

Here’s the blunt advice: draw on professional knowledge and experience when putting your print deal together.

Tell us about your project: